Ikea pick up and ship request

I reached out to Sheila for an Ikea pick up and request to ship to Prince Rupert, BC. She was quick to respond and sent out my order in a very timely manner. I would highly recommend her service. 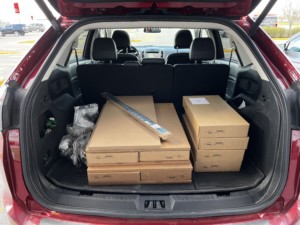 By Sheila Farago|June 1st, 2022|Testimonial|Comments Off on Ikea pick up and ship request
Read More

Can you pick up an Ikea order?

I’m completely happy with the service I received from My Little Secret in Winnipeg. I would recommend this service to friends and family, and I would definitely use the service again when the need arises.

(Since this is an owner-operated business, I will use the owner’s name — Sheila Farago— in the remainder of this testimonial, since this is the person I dealt with directly. And to clarify: I am in no way connected to Sheila Farago or My Little Secrets and had never heard of either until recently, as described below.)

Some background: I wanted to buy a particular chair from Ikea. Since there is no Ikea store in my province, I tried to buy it from Ikea online, but was told there was no delivery option to my location. I then confirmed that most Ikea stores in Canada were out-of-stock for this particular chair, but the store in Winnipeg did have it. I then searched online for “personal shopper Winnipeg” and found Sheila’s website.

I sent Sheila an email asking if she could help with my situation. She responded promptly to say that she could. We then made arrangements for her to pick up the chair on my behalf using a curbside-type service from the Winnipeg Ikea. On my behalf, Sheila then carefully and securely re-packed the Ikea packages (which were not suitable for shipping cross-country), brought them to Canada Post, and shipped them to me. They arrived faster than I was expecting, in perfect condition.

In particular, I would say the following about these aspects of Sheila’s service:

Response Time — Excellent. Sheila responded on the same afternoon that I first emailed her, and then continued to respond promptly throughout the time I dealt with her.

Communication — Very easy to communicate with. Sheila was friendly, informative, and concise. And she often initiated contact; I didn’t need to chase her for information.

Flexibility — I was working within a particular time constraint. And though I suspect that Sheila had to rearrange her schedule to accommodate my request, she ‘made it work’ without complaint.

Service Quality — I was pleasantly surprised at the way in which Sheila had packaged up the Ikea items for shipping, and it was obvious that she took a lot of care in doing so.

Value — Sheila charges a reasonable and fair hourly rate, and to me, her (very useful) service is excellent value.

By Sheila Farago|November 8th, 2021|Testimonial|Comments Off on Can you pick up an Ikea order?
Read More

Can you pick up something…

Just letting you know that the radio arrived yesterday. Your packing was terrific as it arrived undamaged and in perfect condition. Thanks too for assessing the radio to make sure it was a good candidate for purchase. You were very professional from your correspondence to packing and communicating the stages of getting this to me.

By Sheila Farago|October 4th, 2021|Testimonial|Comments Off on Can you pick up something…
Read More

Picked up and packaged and delivered out of province!

I found My Little Secret online while looking for help in getting
2 doors for our tv stand from the Winnipeg IKEA. The doors were discontinued in our the BC stores and found Winnipeg Ikea only carried them in all of Canada.

After emailing My Little Secret, Shelia got back to me almost immediately.
I could now order the doors and gave Sheila’s name for pick up. The next day at the scheduled pick up time Sheila got my order (emailed me) and then picked up packing materials from Uhaul for safe delivery. I requested UPS standard for sending the doors to our address in Sooke, BC. Sheila emailed me the receipt (tracking info) from UPS and a pic of our Parcel before it was sent off nicely packaged.

I could not be happier with the prompt, professional and friendly service by Sheila.

By Sheila Farago|October 1st, 2021|Testimonial|Comments Off on Picked up and packaged and delivered out of province!
Read More

Finding those right pair of boots.

I needed a specific pair of boots from Cabela’s, they were sold out online and there was only one pair in my size left in Canada or the US which happened to be in their Winnipeg store.

Problem#1, is that Cabela’s stores will not take payment over the phone or ship items so I was out of luck.

I emailed Sheila Friday evening at My Little Secret as a last resort to see if she could help me out.

She responded right away and told me that she could pick the up on Monday.

Problem #2 is that Cabelas will only hold an item for 24hrs, contacted Sheila again and no problem she would pick them up on Saturday if I called and asked Cabela’s to hold the boots.

Problem #3, when I called Friday night Cabela’s could not locate the boots in store. I let Sheila know and said I would try again in the morning.

Called Cabela’s again in the am and asked if they found the boots, they showed in stock on the store website, customer service said”no they must have been sold”

Emailed Sheila and said thank you very much for the help but Cabela’s no longer had the boots.

This is were she really showed that she is here to help if everything she had done already didn’t show it.

She offered to go to the store and see what she could do to locate the boots. After speaking to a few people in store she actually found the pair of boots!!!

She pack them up and ship them by  Purlator the next day.

I have had some great service from people but what Sheila did way go way above and beyond for someone she never met who contacted her by email as a last resort.

Sheila is a great person who is ready,willing and able to help. Not many people these days provide this level of service.

By Sheila Farago|August 13th, 2019|Testimonial|Comments Off on Finding those right pair of boots.
Read More 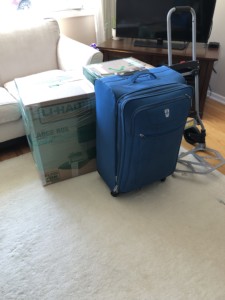 Sheila came into our lives when we needed her the most. She provided guidance as well as hands-on help for our life-changing move from Manitoba to Vancouver Island. Sheila was personable, smart and wonderful to work with. Five out of five stars!!!! David and Bev